Dallas residents are likely going to encounter spiders, so you need to learn as much about these arthropods as possible. They belong to the order Araneae, have eight legs, and six or eight eyes. Many people are terrified of spiders because they have scary fangs and can inject their victims with venom. Spiders can be found around the globe with more than 40,000 unique species inhabiting the world. Although spiders are dangerous to humans, they’re more dangerous to other spiders and insects. They will build webs to capture unsuspecting prey.

Once an insect has gotten stuck in the spider’s web, the spider will get close and finish off the prey. Ordinary spiders consume small insects, but some of the larger spiders can kill birds. The spiders capable of killing lizards are typically not found in Dallas, so you shouldn’t have to worry about them. However, some spiders live in communal webs with tens of thousands of other spiders so an infestation can worsen rapidly.

The fact that spiders can live many years makes the matter worse. While female spiders may enter residential dwellings, male spiders are found in Dallas homes more often. They get trapped in human dwellings when searching for female mates.

Can Spiders Kill You?

It is impossible not to be frightened of spiders since they have fangs and bite humans. When biting humans, spiders can sometimes inject them with venom. Suffice to say, you cannot ignore the risks spiders pose. However, spiders aren’t as dangerous a most people believe. They can indeed be dangerous, but they’re not as dangerous as other pests. Although they can hurt, most spider bites are considered harmless. You’ll want to avoid being bitten, but you shouldn’t let your fear ruin your life either. Most spiders in Dallas won’t kill you.

Still, a bite will be painful.

Why would spiders enter a Dallas home? Well, they can do so for a handful of reasons. In some cases, spiders are searching your home for food or shelter. A male spider might’ve entered your Dallas apartment looking for a mate. Since it is difficult to determine why it is best to focus on getting rid of them.

Should I Call A Dallas Exterminator To Eliminate My Spiders?

As mentioned above, most spider bites will be harmless. Still, there is a slim risk that you’ll experience severe side effects. Should you take the risk to save money? Ultimately, you’ll need to answer this question, but we don’t think it is worth it. We believe it is best to hire a professional so you don’t have to worry about getting bitten. When dealing with spiders, proceeding with caution is pertinent. Our exterminators have been eliminating spiders for many years, so we can remove them from your apartment complex safely. If you have any doubts, contact us. Don’t take the risk.

Can You Remove Spiders Safely?

Attempting to conquer a spider infestation alone could lead to major issues. Make one wrong move and you’ll likely experience several setbacks. You might get sick and you might not kill the spiders. For the sake of your health and wallet, it is pertinent to choose safer solutions. Our company is here to help and we’re thrilled to say that we offer safe spider removal services. When you pick us as your primary pest exterminator, you can eliminate your spiders while protecting the people and things that matter the most. Our Dallas exterminators use EPA-registered products that have gone through extensive testing.

When Can Your Spider Extermination Begin?

Schedule an appointment and we can likely reach your home in 48 hours or less.

Can you stop spiders from entering your Dallas home? Although you can reduce the risk, you likely won’t be able to stop them completely. Still, you should work diligently to defend your home. Walk around the outside of your home and check the exterior walls. Make sure they do not have any gaps or cracks around window frames, door frames, and attics. Seal these gaps so spiders cannot easily sneak into your home. When you’ve eliminated spiders in and around your home, get rid of their webs. 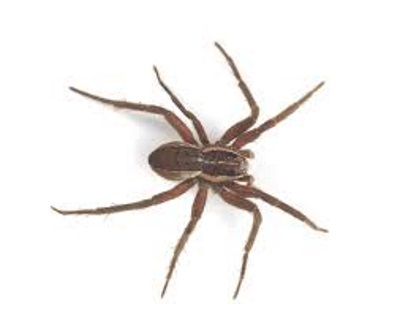