What Dallas Consumers Need To Know About Occasional Invader Infestations And Pest Control?

Occasional invader is a term utilized to describe insects that occasionally invade buildings. Many of these insect species invade houses, commercial entities, government buildings, and public facilities in an attempt to avoid overwintering outdoors during the harsh, cold winter season.

Indoors, occasional invaders get to work searching for a suitable place to hang out while avoiding detection and the cold temperatures outdoors. The commonly reported pantry pest hiding places include pantries, cubbyholes, kitchen shelves, basements, crawlspaces, and underneath the kitchen and bathroom sinks.

Insect species that fit the occasional invader classification include the following:

Why Is My Home Infested With Occasional Invaders?

There is no available evidence that proves the occasional invader carries diseases or parasites. However, the insect species has contributed to foodborne illnesses in humans. The insect feeds on contaminated food that is later evacuated from the body through fecal matter that ends up in the home’s processed food products. The contaminated food is later ingested by an unaware human, resulting in a foodborne illness.

What Is The Best Pest Control Approach For Occasional Invader Infestations?

We believe our professional pest management is the best occasional invader extermination strategy. This pest control strategy includes routine in-home visual inspections, an effective treatment plan, and a prevention solution. We combine all of these strategies into a single pest control plan to deliver the maximum results every time.

We also recommend an updated processed food storage system and sealing off all potential access points. If your home does not have access points, the occasional invaders will not be able to get inside your home right from the get-go.

When Will The Exterminator Be Available To Conduct The Occasional Invader Inspection?

We can dispatch an exterminator out to a client’s home to perform the visual inspection within 24 to 48 hours of the initial request. If you believe your pest problem deserves immediate attention, do not hesitate to take advantage of our same-day or emergency pest control service.

Chemical-based pesticides do contain toxins that pose some environmental risks. However, we can successfully minimize these risks by only investing in EPA-approved brands. To further minimize these risks, our exterminators are required to heed the manufacturer’s recommendations. We also heed the EPA pesticide guidelines to ensure safe storage, treatment, and handling of chemical-based pesticides.

What Can I Do To Keep Occasional Invaders Out Of My Home?

We believe it is possible to keep occasional invaders at bay even when their activity is at its highest. By heeding the following tips, your home will remain pest-free during the late fall seasons.

It is also recommended to wash and air dry storage containers before and after each refill. Be sure to take advantage of our free in-home occasional inspections to ensure your home is pest-free year-round. 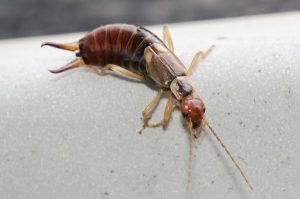